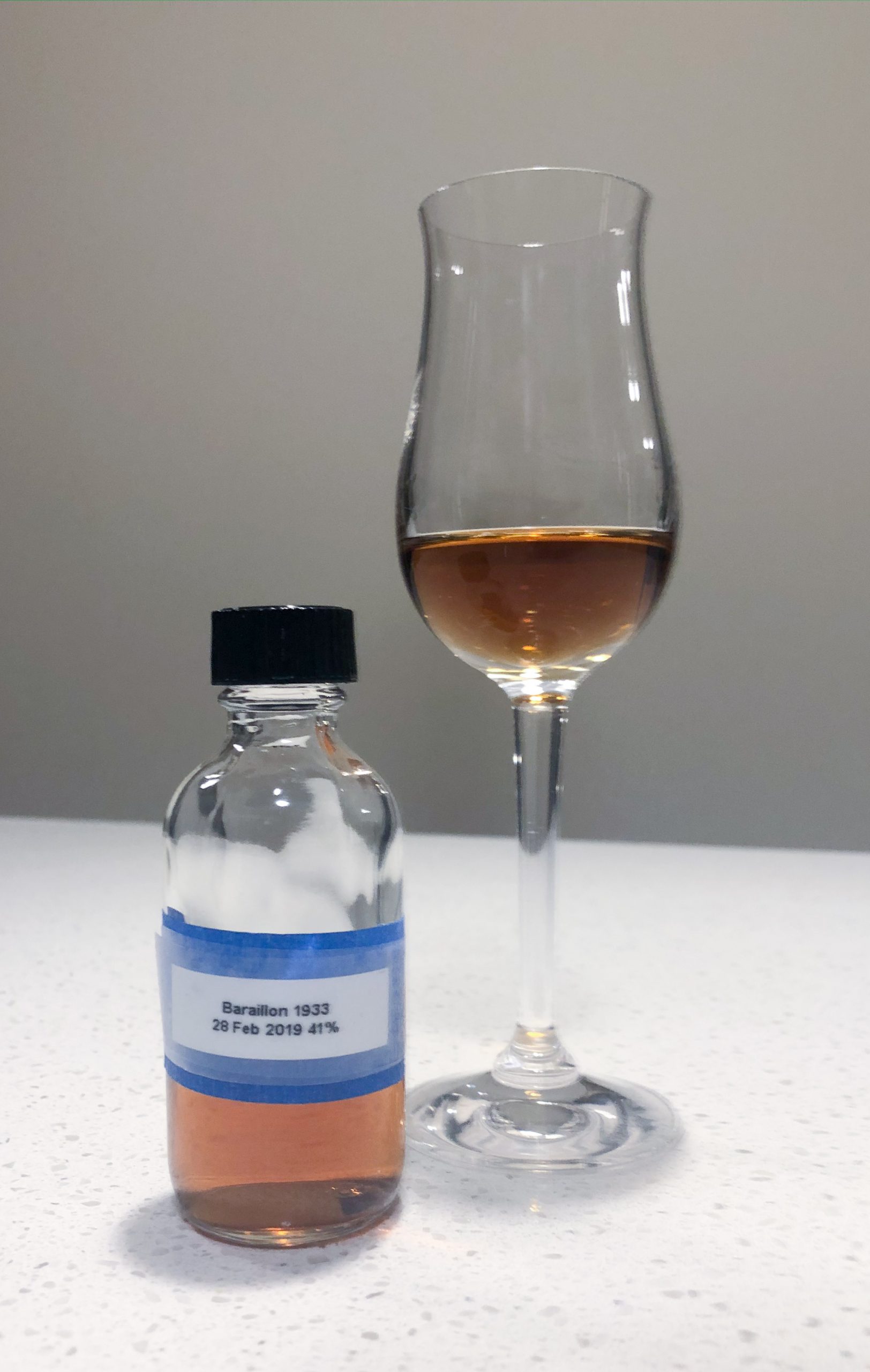 The Schtick: This is a release of Armagnac distilled in 1933 at Baraillon. It cost a pretty penny, but was too cool to pass up. For those in the audience who were not alive in 1933, let’s look over a couple cool facts about that year because there was a lot going on, and the world was very different than it is today. + + – Construction on the Golden Gate Bridge begins + – The Phillipines independence vote is approved by Congress + – Adolf Hitler is appointed Chancellor of Germany + – The 20th Amendment of the US Constitution goes into Effect + – Winston Churchill delivers his first speech cautioning the world about Germany’s return to armament. + + Wow. What a look back. This all happened the same time this spirit was distilled. Then that spirit sat and waited until just this year when it was bottled and sold. History is really cool. Let’s dive in.

Overall: Really nice. I was concerned to no end this would be a bitter oak bomb. It wasn’t.